Woldia university was established through the council of ministers Regulation No 223/2011 issued on may 26,2011.

Corner stone for construction activities of the university was laid on Oct ,26,2008 by his Excellency Ato Ayalew Gobezy , former president of the Amhara Regional state , and his excellency Dr. Adhana Haile , former deputy state minister of education

The first batch of students, numbering 599, has been admitted to the university on Dec 10/2011 in fabulous reception ceremony involving invited guests city residents, representatives of different zone & Woreda administrative offices and university’s community . students have been placed in to four faculties and 12 departments.

In its second year of operation ,the university admitted over 1457 New students . The number of faculties grew in to six ,the two newly added being the faculty of Agriculture and pedagogic al and behavioral science faculty . Like wise , the number of departments doubled in to 24. Currently, the university has a student population of over 10,000.

The university is anticipated to contain a student population of 15,000 over a period of five years. More than 200 blocks are planned to be erected in different phases with in the specified period.

There are no upcoming events at this time. 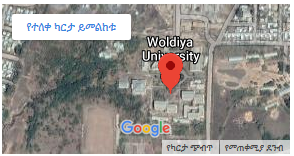